Caroline Adlerstein (1815-1858) had two husbands, Samuel Eisfelder (1808-1841) and Sigmund Rosenberg (1815-1865).  Below are scanned images of photographs of miniatures on porcelain.  The originals are in the possession of a distant cousin in Germany.

Signatures of Samuel Eisfelder, Caroline Adlerstein and her father, Elkan Jacob Adlerstein from a Bamberg City file, circa 1836: 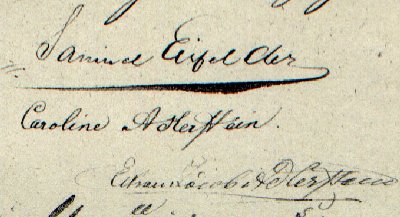 The inscription on Caroline's grave in the Jewish Cemetery of Bamberg: 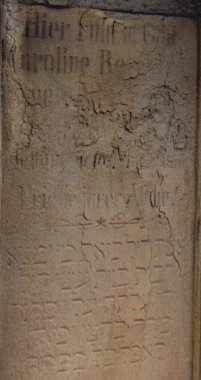 This is thought to be a portrait of Sprinz Eisfelder (thanks to Jane Steinberg): 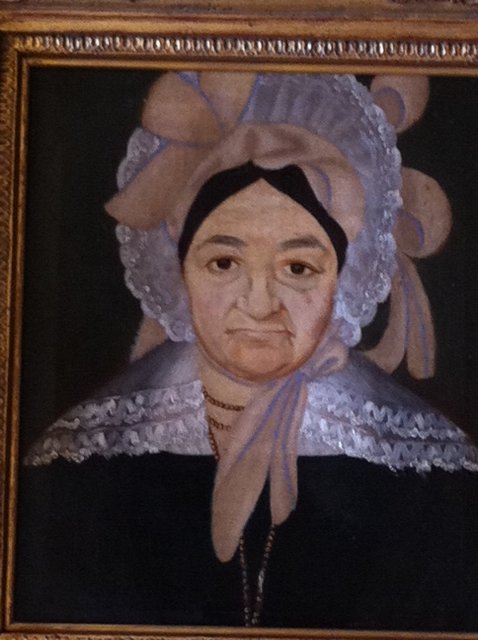 and this is the grave of her husband, Wolf Eisfelder in Burgpreppach (died March 1832) although the name appears as Wolf Moshe Eisfeld 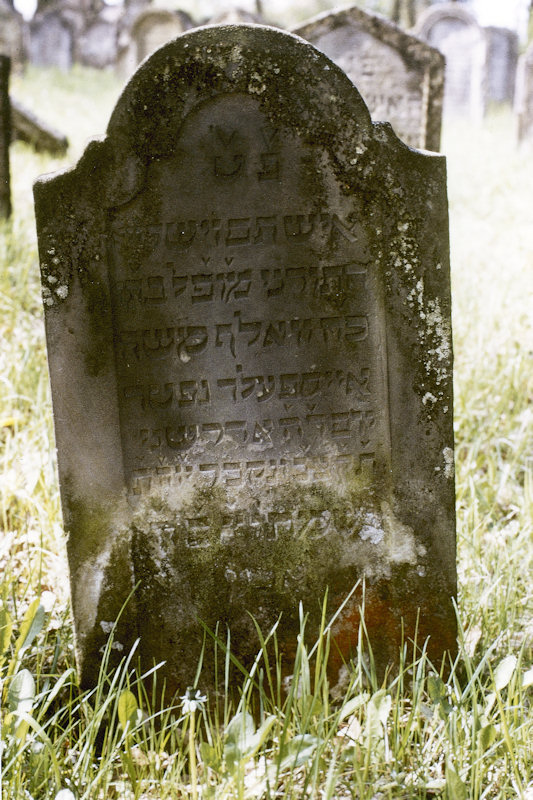 Lastly, an advertisment for the Cafe Louis (named after my grandfather) that appeared in a Shanghai newspaper in September 1939:. Note that the coffee cup is made up of the letters of Louis. 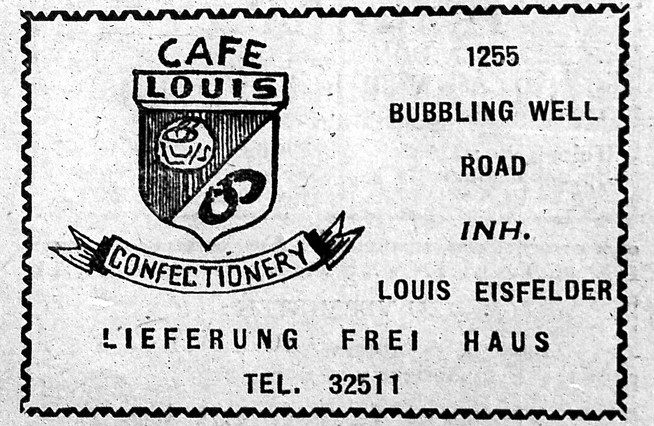